Kalamoti is a village in south Chios. It is located 25 km away from the city of Chios and has a population of about 700 people.

The old, medieval village of Kalamoti took its form during the Genoese period (14th -16th century), after several smaller villages united. The new village was invisible from the sea and built like a fortress in order to defend against pirate invasions.

The main architectural features of the old Kalamoti village were the two-storey stone houses, the continuous facades of the buildings, the narrow streets and a continuous perimeter wall around the village. All these were made in order to secure the village's defense. The visitors of the old village may see most of these features, even today. 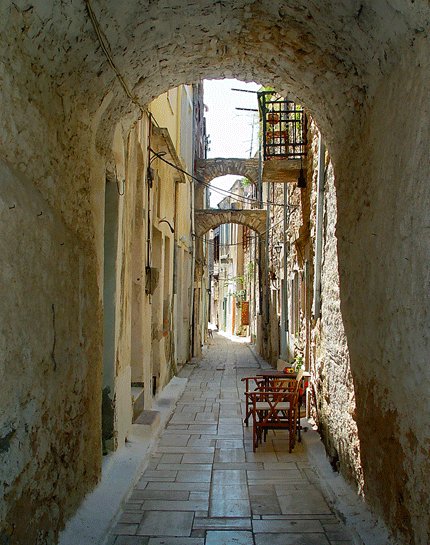