Panagia Krina is a church dedicated to Virgin Mary and is located at central Chios, near Vavyli village.

It was built in the 12th century while a part was added in 18th century.

The church was built by and belonged to two members of the imperial court of Constantinople: Efstathios Kodratos and Eirini Doukaina Pagomeni.

Panagia Krina architecture is that of the octagonal type and resembles the main church (katholicon) of Nea Moni. The great dome is one of the characteristic features of this church.

Most of the interior walls are covered with paintings, the oldest of which are dated to the 13th century. These were not discovered until lately, when parts of newer paintings were detached from the walls.

During the winter time restoration work is being done on the wall paintings. The monument is only open for the public during the summer. 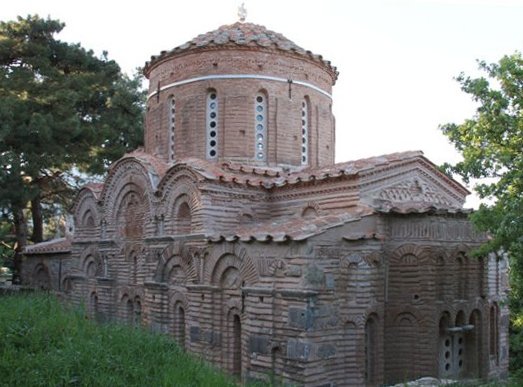