Pyrgi is one the largest villages of south Chios, located 25 kilimeters away from the city. It is a castle-village, which still maintains its medieval character until our days.

Pyrgi (variation of the word "tower" in Greek) owes its name to its tall tower, around which the village was built.

The architecture of the village is spectacular. Because of the enemy raids during the 16th century (mostly pirates), the village was built like a fortress: the houses, made of stone, are all "glued" together, the streets are narrow and there are some watchtowers inside the village.

Except for the interesting architecture, the visitor of Pyrgi will be immediately impressed by one more thing: the "xysta" (scratches). It is a unique form of of decorating the facades of the buildings of the village. You won't find this anywhere in Greece but here. Xysta are made of various black and white shapes. They start from the middle of the house doors and extend upwards, covering most of the facade. It is a style that is believed to be of Italian - Genoese - origin (sgraffito).

At the heart of the village lies the central square, where you can find some taverns and cafes.

There are many churches in Pyrgi, both inside and near the village. At the west part of the square you can find the biggest of them, dedicated to the Assumption of Mary.

Not very far from the square, you can also find the church of Agioi Apostoli. This is a perfectly preserved Byzantine monument, a copy of the New Catholic monastery, with excellent frescoes of the 13th century.

The local feast of the village is celebrated on the 15th of August. 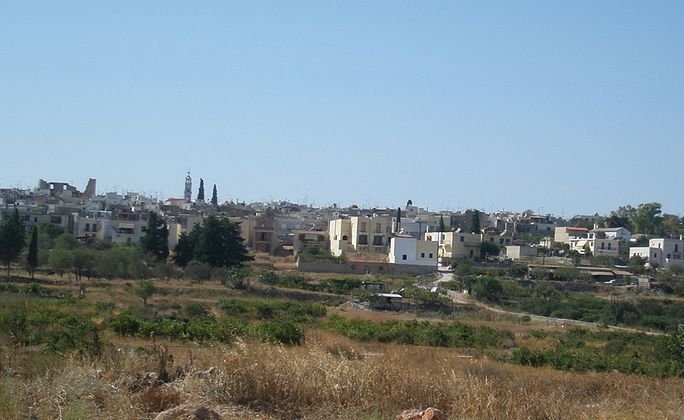 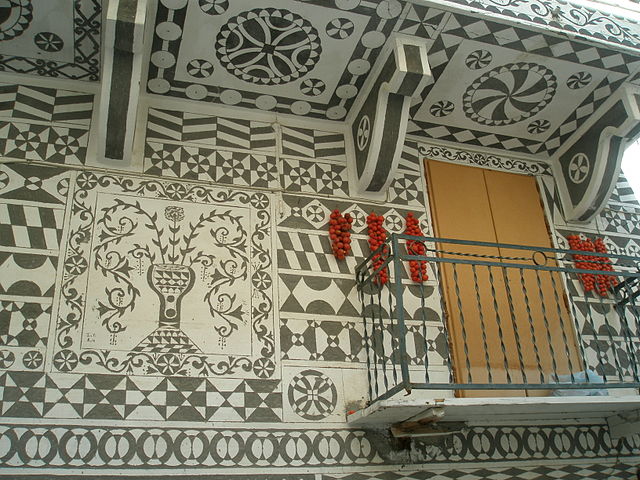