Mesta is a medieval castle-village and one of the most beautiful "mastic-villages" (mastihohoria) of Chios. It is located at the south-west part of the island, 35 kms away from Chios city and it has been designated a listed monument. Thanks to its fortress-like architecture, untouched by the hands of time, it is considered one of the most impressive villages of Chios.

Mesta was built during the Byzantine periode at a pentagonal shape. There are only two main entrances to the village. The houses, made of stone, are "glued" together in order to form a completely compact structure. Those built on the perimeter form a big wall, with no windows on the outside. The winding, narrow streets are like a big maze. During the old times, this peculiar architecture of the village served its defense against the pirates, who aimed for the precious mastiha, and later against the Turks.

There are two important churches in Mesta: Palaios Taxiarhis with an exceptional iconostasis (hand made facade carved of one piece of wood) and Megalos Taxiarhis, one of the biggest churches in Chios, standing where the main tower once was.

The sunny Mesta square is a nice place to sit over a coffee.

Mesta port is located 4km away from the village and it was recently restructured. Bigger ships can now enter the port. During the summer, it is used for the Lavrion - Mesta shipping route. For the food lovers, there are several restaurants at the port, with seafood dishes. 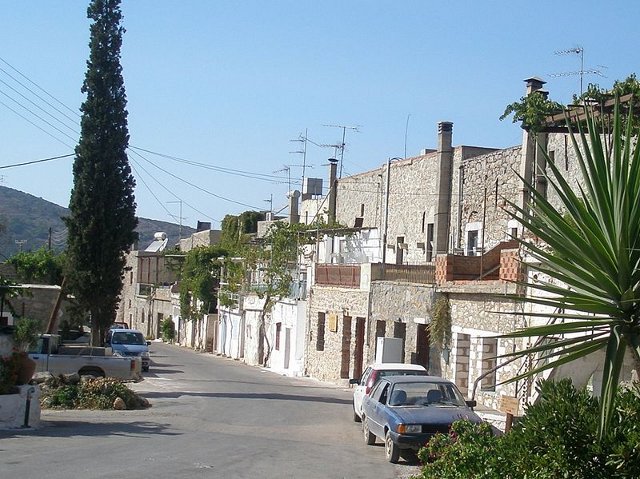