Chios was the motherland of many politicians, artists and intellectuals of modern and ancient times. Some famous Chians are:

Adamantios Koraes (1748 - 1833). He was a scholar with deep knowledge of the greek civilisation. He was one of the most important representatives of the greek Enlightenment period and a strong supporter of religious liberty. The marble bust graces the Lyceum of Chios, who inherited the library. The "Korais" Library in Chios is one of the oldest and biggest libraries in Greece.

Neofytos Vamvas (1770 - 1855). He was one of the greatest Greek scholars and one of the so-called "Teachers of the Nation", a representative of greek Enlightenment period.

Giannis Psycharis 1854 - 1929) was a Greek scholar and writer, born in Odessa, Russia. Son of Nicholas Psycharis from Chios. He wrote poems, novels, plays and essays on the Greek language question (Modern Greek language (dimotiki) vs cultivated imitation of Ancient Greek (katharevoussa)). He fought with determination to establish modern Greek (dimotiki) as the official language of Greek country.

Lambros Portfyras (1879-1932). Lambros Portfyras is actually a nickname. His real name was Sypsomou Demetrius. He was born in Chios, but lived in Syros island since he was a child. He was a lyric poet. In 1938, six years after his death, the Municipality of Piraeus made a bust at the Freatida Square, in order to honour him.

Archermus (6th century BC) He was a well-known Chian sculptor. His father, Mikkiadis and his children, Bupalus and Athenes, were also sculptors. It is believed that the Nike of Delos sculpture is a creation of Achermos and Bupalus.

Aristo of Chios (3rd century BC). He was an ancient Greek cynic philosopher He was also called Aristo the bald. His nickname was "Siren" because of his charming teaching style.

Bupalus (6th century BC). He was an ancient Greek sculptor. His father, Archermos and his brother, Athenes, were also sculptors. Plinios states that on Delos island, there was an inscription on one of the statuary, saying that Chios island was famous for two things: for its vineyards and for the works of Archermos' sons. Today, a street in Chios city is named after his name.

Cynaethus (5th century BC). He was a rhapsode, a member of the Homeridae, sometimes said to have composed the Homeric Hymn to Apollo.

Glaucus of Chios (7th century BC). He was a sculptor. He is said to be the first man to achieve iron welding.

Hippocrates of Chios (5th century BC). He was a leading mathematician who excelled in geometry. He was the first in the history of his science who wrote a systematically organized geometry essay, called "Stoihea" (Elements).

Homer (8th century BC). He was an epic poet. His famous works, "Iliad" and "Odyssey" are also known as "Homer's epics".

Ion of Chios (5th century BC). He was a writer, dramatist, lyric poet and philosopher. Only few of his works survive to this day.

Oenopion According to Greek mythology, Oenopion (or Inopion) was the son of Theseus or Dionysos and Ariadne and he was the first king of Chios island. Legend has it that he was the one who taught local people the secrets of viticulture.

Scymnus (2nd century BC). He was a geographer.

Theopompus (4th century BC). He was an ancient historian and rhetor. 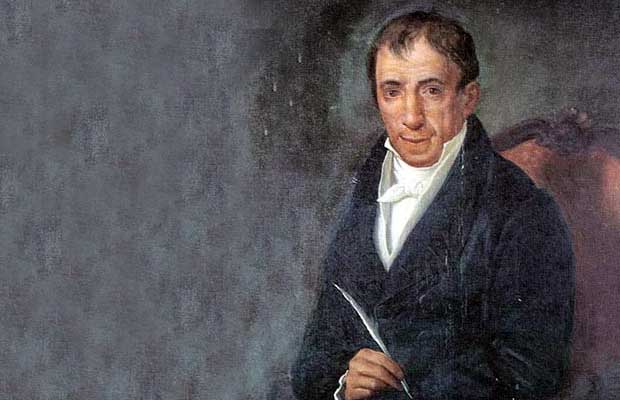